Fast News
Home CAR A story only in Dubai: Million-dollar supercars are abandoned into “graveyards”, even...
Share
Facebook

The Koenigsegg One:1 does not have 10 units and is one of the rarest models in the world.

In Dubai, one can find many strange things such as gold plated furniture, aerial tennis courts or super cars lined up… However, few people know that there are some huge scrap yards in the city. Middle East.

Here, you can easily spot hundreds of supercars and luxury cars being destroyed under the impact of time. Someone even discovered a Batman Tumbler parked in a deserted and dusty location.

The director of Dubai’s Waste Management Authority, Abdul Majeed Saifaie, stated that if these cars inadvertently create obstacles for other vehicles and jam the road, they will be moved. Otherwise, they are left in place for many years.

The sight at these scrap yards makes many people shake their heads even if they are not an auto enthusiast. Here are all the cars from the most expensive to the most famous. Some “hit” brands can be mentioned as Lexus, Maserati, Ferrari, Pagani, to Bentley, or Rolls-Royce. Even limited edition cars and F1 racing cars are present. 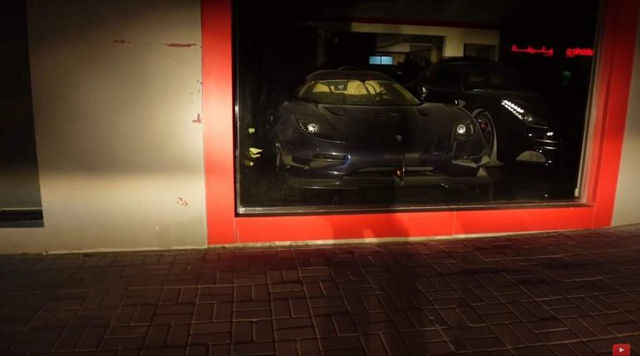 The supercar was abandoned. Photo: Effspot

However, those cars are “not yet” when compared to the extremely rare Koenigsegg One:1 super product. This can be said to be one of the most expensive cars in the world. The identity of its owner as well as the reason it was dropped here makes one curious.

Specifically, the owner of the Youtube channel Effspot posted a video in which they discovered a Koenigsegg One: 1 in an abandoned state, covered with dust. The videographers couldn’t hide their astonishment when they stumbled across the hypercar parked behind the window completely neglected in a darkened showroom.

The Koenigsegg One:1 made its debut at the 2014 Geneva Motor Show. The highlight of the limited production hypercar was its 1-1 power-to-weight ratio, which is why it was named One: 1. With a capacity of 1 megawatt (1,341 hp), it also became the first car in the world to be considered a megacar.

Only 7 Koenigsegg One:1s were produced in the world. This makes it one of the rarest cars on earth. It is estimated that a used car is valued at 6 million USD (about more than 137 billion VND). Imagine how rich its owner must be to be able to “give up” a car like the Koenigsegg One: 1. 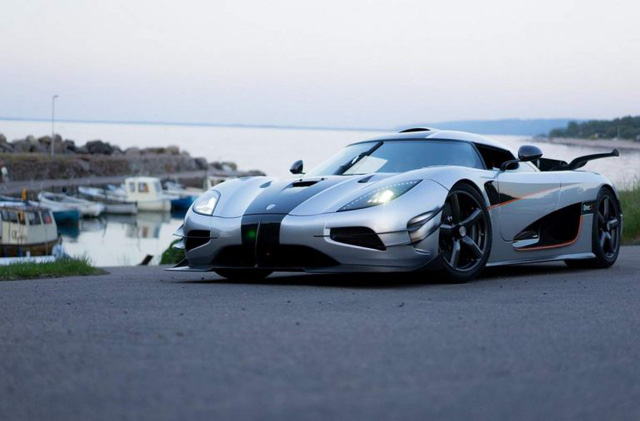 However, the identity of the owner of the supercar is still a mystery.

The Koenigsegg One: 1 seen in the video has an exposed carbon body in dark blue, shiny light blue accents and an ivory interior.

According to the judge, this is most likely the Koenigsegg once owned by the Vice President of Equatorial Guinea, Teodoro Obiang Mangue Nguema. He is also nicknamed Teodorin. He owns a fleet of luxury yachts and huge cars, including the Koenigsegg One: 1. However, Teodorin was found guilty by a French court of corruption in 2016, which resulted in his arrest and property confiscation.

It is believed that Teodorin brought some of his supercars to Dubai before being charged, including the Koenigsegg One: 1. However, these are just judgments and have not come to an exact conclusion.

So far, the car is still lying in place, causing car enthusiasts to “grieve”.

After the scandal, Apple still cooperates with the Chinese company

Get a close-up view of the stone house that used to be a stopover...

This house used to be a mining house but was later purchased and renovated into a single family living space. When talking about caves, people often think of the dark, damp, full of hideous insects. But...
Read more

Cristiano Ronaldo promises to be a deal worth waiting for but can also bring problems, in case he moves to Chelsea. Ronaldo is seriously considering leaving Man Utd. He refused to join the army four times...
Read more

This new species of water lily, which first appeared in the mid-19th century, is a giant water lily with leaves up to 3 m in diameter. The world's largest water lily has been discovered after...
Read more