Cryptocurrency exchange Voyager Digital has filed for bankruptcy with an estimated $10 billion in debts from more than 100,000 creditors.

Filing for bankruptcy in New York (USA), the company’s estimated assets range from 1-10 billion USD with similar debts. The number of creditors is expected to exceed 100,000 individuals and organizations.

Last weekend, Voyager halted withdrawals, deposits and asset trading citing current market conditions. Prior to the event, Voyager announced that hedge fund Three Arrows Capital (3AC) failed to repay a $650 million loan in the form of 15,250 Bitcoin and $350 million USDC stablecoin. 3AC itself filed for bankruptcy not long ago.

“I am very confident in this future, but the volatility and contagion that has persisted in the crypto market over the past few months and the 3AC default requires that we act now with consideration and decisiveness.” CEO Stephen Ehrlich said.

When 3AC showed signs of default, Voyager borrowed another $200 million in cash and USD Coin, plus 15,000 Bitcoin. The above loans are expected to expire at the end of 2024 and have a 5% annual interest rate payable at maturity. Voyager said it has about $137 million in cash and a handful of crypto assets as of June 24.

Voyager Digital is a cryptocurrency platform founded in 2018, allowing users to invest and exchange more than 60 different types of digital assets. The company has emerged as one of the fastest growing cryptocurrency trading platforms in the US. According to data from Investing , last year Voyager’s revenue was over $224 million, up nearly 146 times over the same period but net loss was over $66 million, more than 4.8 times. 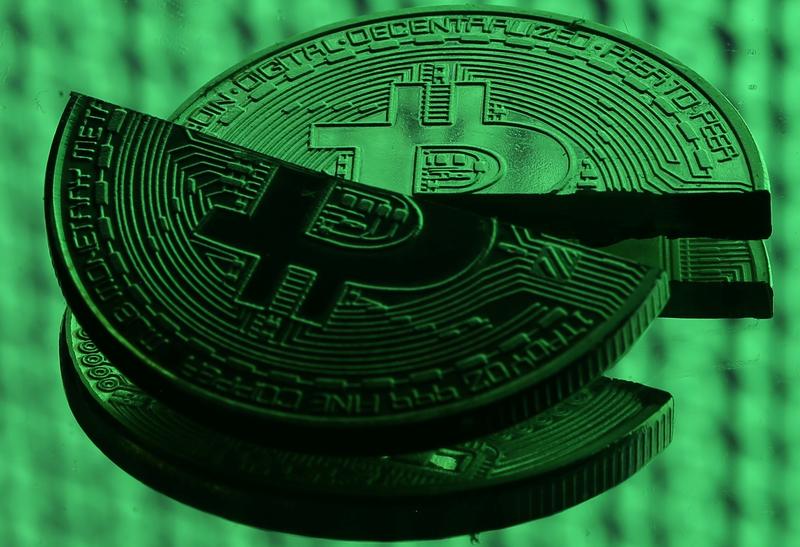 Voyager Digital bankruptcy extends the list of bad news that hit the cryptocurrency market in a row. Earlier this week, crypto lender Vauld halted operations and restructured due to “financial challenges” caused by the sharp drop in cryptocurrencies. This company is also negotiating and preparing to have the process of being acquired by another unit.

Meanwhile, Core Scientific, one of the largest cryptocurrency miners in the world, sold most of its Bitcoin holdings in June. The unit traded 7,202 Bitcoins for about $167 million, currently holding. 1,959 Bitcoin and $132 million in cash on the balance sheet. Proceeds from the sale of Bitcoins are used by the company to pay for ASIC servers – often used for cryptocurrency mining, data center capacity investments, and scheduled debt repayments. The company said it will continue to sell its mined Bitcoins to pay operating costs and maintain liquidity.

In Canada, exchange-traded funds (ETFs) recorded their largest monthly outflows since 2013 as investors dumped equity and crypto funds. According to data from National Bank Financial, the crypto asset ETF recorded a net inflow of nearly $537 million in June, representing about 16% of assets under management.

Although not to the point of default or bankruptcy, many other cryptocurrency exchanges still reveal a stressful situation when repeatedly laying off employees. In recent weeks, Coinbase, Gemini, BitMEX, OSL, Abra and, most recently, Bullish have all cut staff. The largest is Coinbase – one of the largest exchanges in the world, cutting up to 18% of its workforce, or 1,100 jobs to control costs and cope with volatile market conditions.

In the past few months, the cryptocurrency market has almost fallen into the biggest crisis in history. Currently, the global cryptocurrency market is hovering around $870 billion, down nearly 70% from $3 trillion about six months ago. Bitcoin price is around $19,000, a long slide from $60,000 about half a year ago. The immediate future of the cryptocurrency market does not look promising. Inflation in the US is maintaining a record high figure at 8.6%, prompting the US Federal Reserve ( Fed ) to raise interest rates by 75 basis points. According to Goldman Sachs, a recession in the US is “very likely”. The above scenario causes the cash flow into risky assets to decrease sharply.

Tieu Gu (according to Forbes , Bloomberg )

How will PSG play under Galtier

PSG is said to aim for a balance in attack and defense when appointing Christophe Galtier - one of the best French coaches today. Galtier replaced Mauricio Pochettino , leading PSG for the next two years. He is the seventh...
Read more

Coal industry is vibrant when the world is thirsty for energy

Many countries are turning to coal as gas and oil shortages are exacerbated by the Ukraine crisis. From the US, Europe to China, many major economies are increasing their short-term coal purchases to ensure sufficient...
Read more

The colorful village has incredible beauty, likened to the “hidden gem” of the beautiful...

Visitors who love painting should probably not miss this small village. Poland has long been famous for its extremely beautiful, rich and vast natural landscape, attracting many tourists to visit. Especially the old quarters or beautiful...
Read more

The new exclusive line of cars has just been completed and announced by Ferrari called Ferrari SP48 Unica with only one. The 2-seater V8 supercar from the Italian "prancing horse" is probably one of the...
Read more