Recently, skywatchers in the US, UK and Canada have discovered strange noctilucent clouds. To this day, their origin remains a mystery to mankind.

Last week, skywatchers in North America and several European countries detected a series of shimmering streaks of light in the night sky. The silver-blue streaks only shine brightly after the Sun disappears below the horizon, according to the Washington Post.

The clouds enthrall the viewer with their beautiful but somewhat eerie appearance.

These are no ordinary clouds. These noctilucent clouds that glow at night are the rarest, driest and tallest clouds on Earth, researchers say.

Noctilucent clouds usually appear in late spring and can appear on many summer evenings. However, according to satellite data, the frequency of noctilucent clouds this year is much denser than 15 years ago.

Noctilucent clouds in the sky over Seattle. Photo: Twitter/@NWSSettle 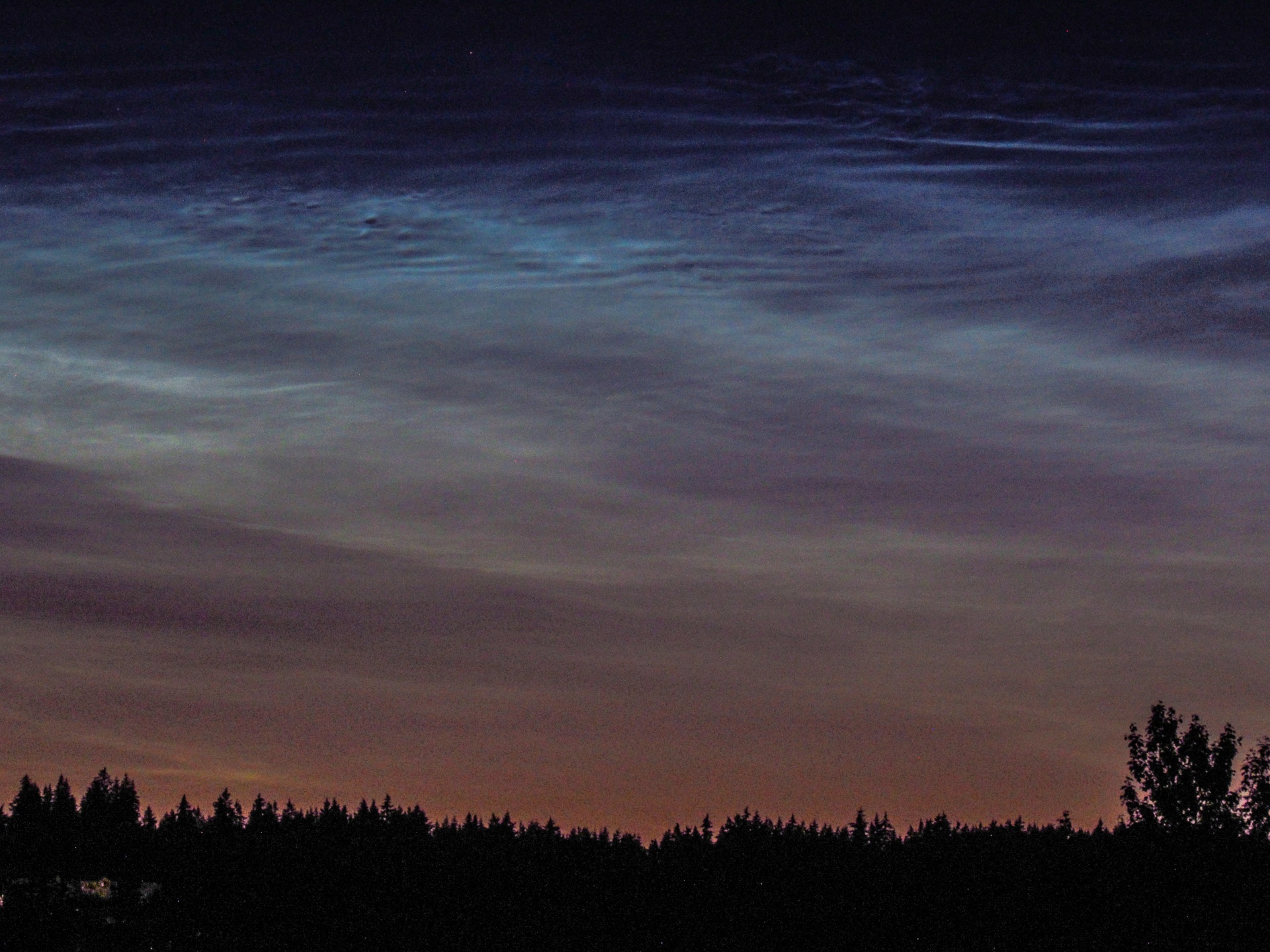 “People in the northern United States and Canada can absolutely see noctilucent clouds over the weekend. We are nearing the peak of the noctilucent cloud season. Even if there are no unusual events, they can still appear north,” said Cora Randall, a professor at the University of Colorado Boulder.

Clouds usually appear near the poles, but sometimes also occur at lower latitudes. Rare sightings have been reported from the state of Oregon, Washington and other countries such as Canada, the UK and Denmark in the past few days.

To see noctilucent clouds, the observer needs to look toward the horizon and north. 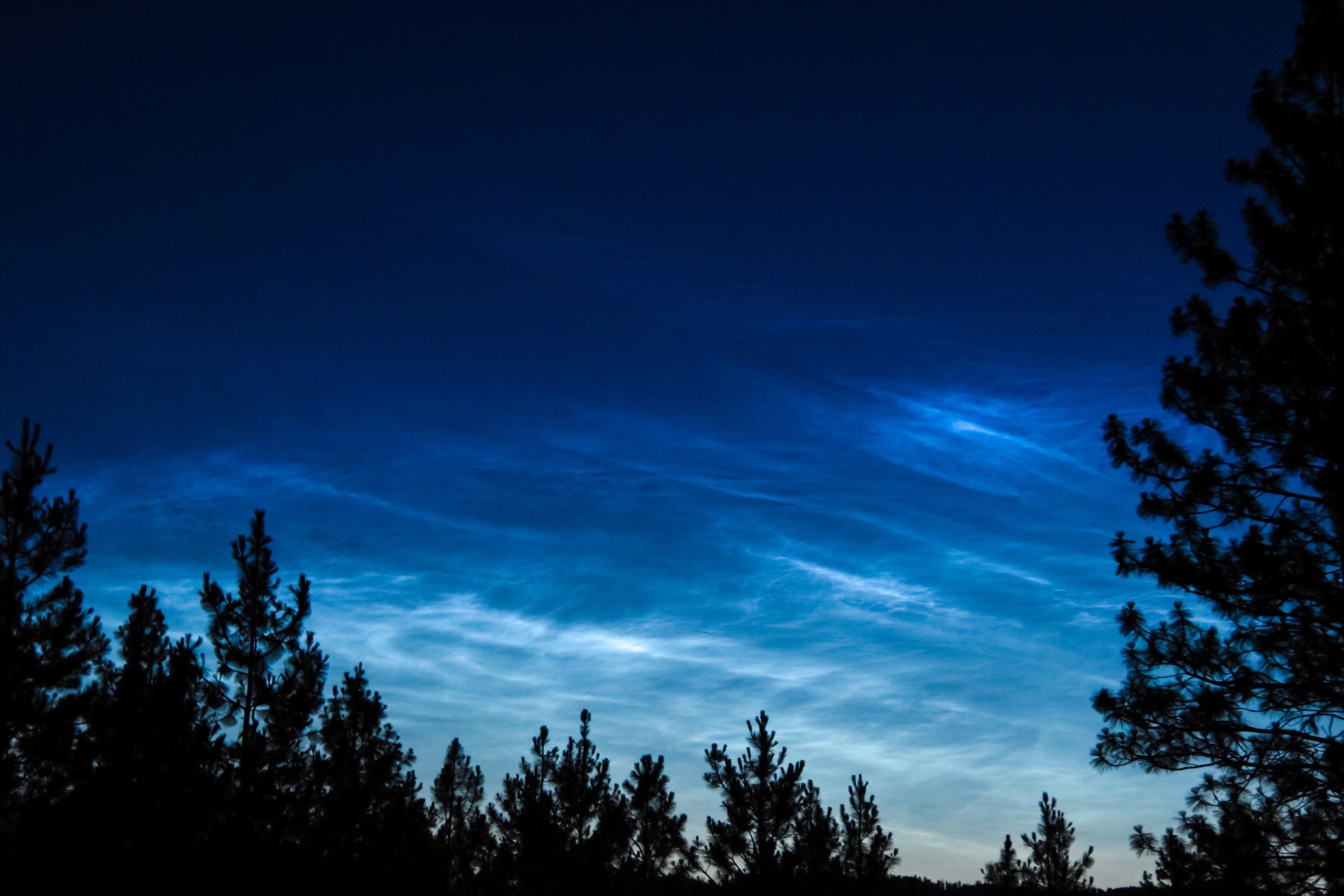 Noctilucent clouds are also known as polar mesosphere clouds. This type of cloud is thought to be composed of ice crystals in the mesosphere, ranging from 75 to 85 km in altitude. About 99.99% of the atmosphere lies below this layer.

They form when water vapor condenses around microscopic dust particles suspended in the mesosphere and freezes, forming ice crystals.

Noctilucent clouds usually glow bright blue or white, appearing around dusk or dawn. Unlike other clouds, they form so high up that they can continue to reflect light after the Sun has sunk into the horizon.

“This cloudy season is quite unusual in recent days. The clouds started appearing as usual, but the frequency of clouds appeared increased significantly last week,” said Randall, researcher on NASA’s Aeronomy of Ice in the Mesosphere (AIM) mission.

She said the frequency of noctilucent clouds over the past few days is much higher than what AIM has observed in 15 years.

Noctilucent clouds rely on two main components in the mesosphere, water vapor and temperature. Randall and colleague Lynn Harvey say data from NASA’s Aura satellite shows that temperatures at the mesosphere boundary have increased over the past few days.

However, water vapor concentrations at this time of year are at a 15-year record high.

“A rise in temperature is not good for clouds, but an increase in water vapor would be very favorable,” Randall said.

She said the increase in steam could be tied to rocket launches. Previously, researchers discovered that water vapor released from rockets can lead to the formation of noctilucent clouds.

“At least 16 rockets were launched in June. Any of those rockets could be responsible for the formation of noctilucent clouds,” said Michael Stevens, a researcher at the US Naval Research Laboratory. , speak. 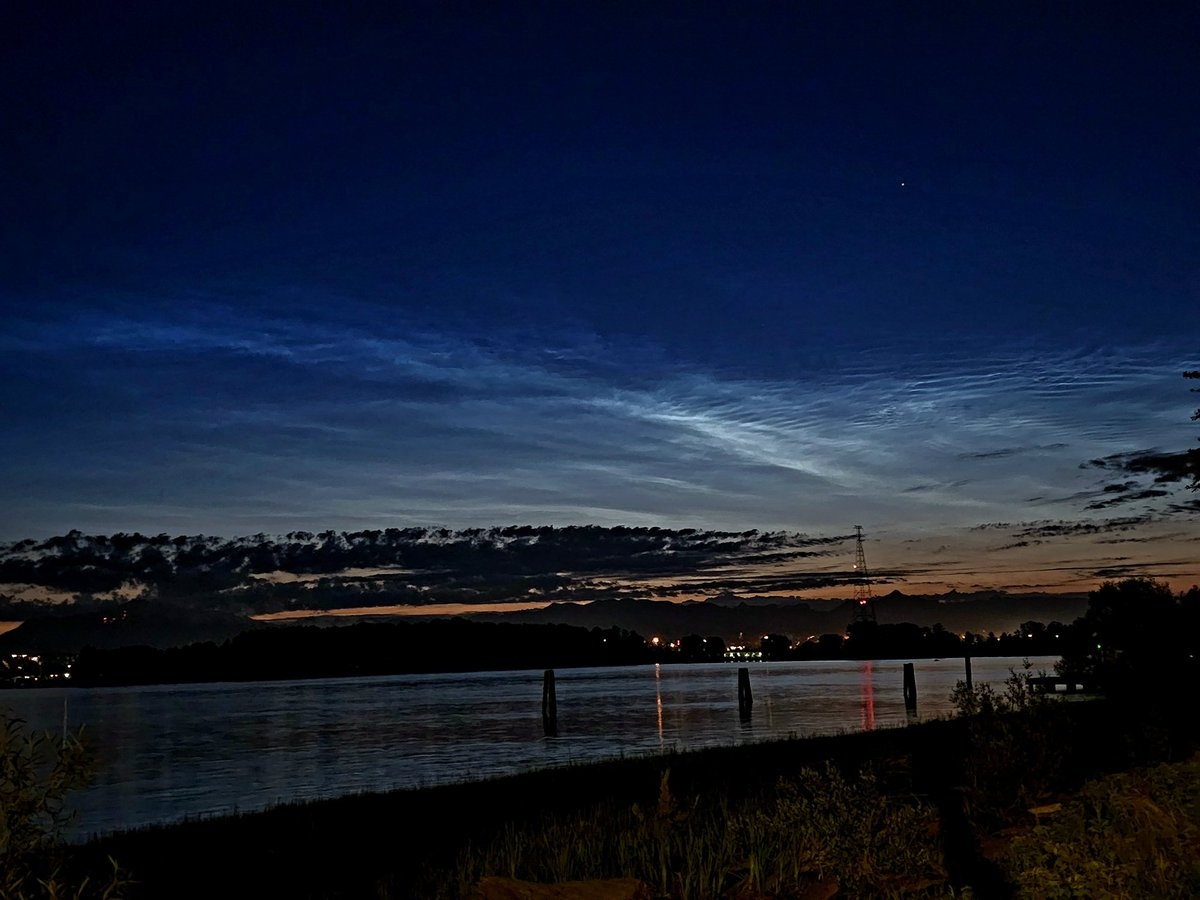 Stevens confirmed that two rocket launches from the US on June 18 and 19 are the most suitable candidates for unusually heavy cloud formation. It can take up to 10 days for the vapor from the rocket to reach the cloud-forming latitudes. However, this is only a preliminary explanation and needs further analysis to confirm.

Atmospheric scientist Matthew Deland said the eruption from the Hunga Tonga underwater volcano on January 15 also pumped large amounts of water vapor into the stratosphere. The volcano even spewed material up to nearly 60 km high and reached the mesosphere. The eruption set a world record for the tallest volcanic column recorded by satellite.

However, Deland said it could take a while to see the effects of the eruption on the clouds.

He also noted that clouds appearing in lower-latitude areas like Seattle are uncommon and unlikely to persist for the rest of the time. It depends on the circulation of temperature or water vapor down to the low latitudes.

On rare occasions in recent years, noctilucent clouds have appeared over London, central California and Oklahoma.

“They are really remarkable. The clouds really just shine in the dark sky,” Deland said.

The euro is currently at a 20-year low against the dollar after soaring gas and electricity prices hit the continent. As many investors turned to the US dollar pushed the value of many other currencies...
Read more

The large underground sewer near the embassy site in Wellington raised concerns about security in China and prompted New Zealand to divert the pipeline. Richard MacLean, a spokesman for the city of Wellington, today confirmed...
Read more